As the new college basketball season approaches its tip off, there are 117 former South Dakota preps who are on varsity rosters of in-state men’s and women’s teams. Here is a breakdown of that total based on competitive levels.

NCAA Division I: South Dakota State University and the University of South Dakota together have 12 players (three men and nine women) who previously performed for high schools within the state.

NAIA: Dakota State University, Dakota Wesleyan University, Mount Marty College and Presentation College have a total of 58 players (25 men and 33 women) who arrived at those programs from South Dakota.

There are more than 55 high schools from across South Dakota which have contributed at least one player to the state’s current collegiate teams. The list of schools which have at least four players in action include Aberdeen Central, Dell Rapids, Mitchell, Rapid City Stevens, Rapid City St. Thomas More, Sioux Falls O’Gorman and Sioux Falls Roosevelt.

Tribute will be paid to all-time state scoring leaders Louie Krogman and Jill Young in a new addition to the South Dakota High School Basketball Hall of Fame at the Sanford Pentagon.

Krogman was Class B first team all-state during each of his sophomore, junior and senior seasons. The 6-foot-1 guard led the Tigers to the state championship as a senior in 2008 when he scored 45 points in a title game win against Langford.

Young was Class B second team all-state as an eighth-grader and then earned first team honors during each of her four years in high school. Mitchell Christian won a state championship in 2006 during the 5-7 guard’s junior season.

Letter jackets have long been a symbol of pride. They have been proudly worn, in a wide assortment of styles and colors, by generations of players in South Dakota to demonstrate loyalty to their teams and schools.

The South Dakota High School Basketball Hall of Fame is in the process of preparing a new exhibit which will provide Hall of Fame visitors at the Sanford Pentagon with a look at the evolution of letter jackets through the years.

Still needed are jackets from the decades of the 1910s, 1920s, 1940s, 2000s and 2010s. If you are in possession of a letter jacket from one of the missing decades that you would be willing to loan to the Hall of Fame please contact Executive Director Dave Wagner by email at dlwagner@tnics.com or by telephone at 605-467-3010. 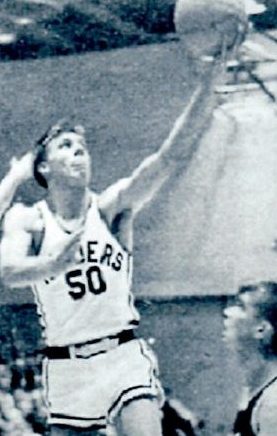 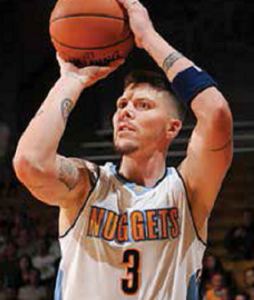 In its eight years of existence the South Dakota High School Basketball Hall of Fame has strived to rekindle memories of the past while exploring many of the most treasured moments in our state’s rich basketball history.

Of utmost importance to the Board of Directors is the implementation of a strategic plan that will enable an adequate level of financial health for the organization. Our goal is to ensure that the Hall of Fame has the necessary resources to fulfill its mission well into the distant future. The Board of Directors has therefore authorized the creation of an endowment fund through the Sioux Falls Area Community Foundation.

Leon and Virginia Tobin of Aberdeen provided an initial gift of $5,000. Since then the Board of Directors has been gratified by the response of others who share our love of South Dakota basketball and our desire to preserve its history. Click on ‘Our Donors’ on this website to see a list of our generous contributors and to learn how you too can help.

The Hall of Fame is a non-profit organization which was chartered as a 501(c)(3) in 2009 and is located in the Sanford Pentagon in Sioux Falls. We believe our endowment will allow us to enhance our outreach moving forward. Our commitment is to provide current and future generations with access to a glorious past that should never be forgotten.

Thirteen former greats have been selected for induction into the South Dakota High School Basketball Hall of Fame in 2017. The eighth annual induction banquet will be at 1 p.m. on March 25  at the Ramkota Hotel in Sioux Falls.

* Joe Ashley, Pierre (Pierre 1979): The 7-foot Ashley recorded 405 career blocked shots and led the Governors to the Class A state title as a senior. He played collegiately at Iowa State University and South Dakota State University.

* Ron Bertsch, Yankton (St. Lawrence 1961): Bertsch ranked among the state’s career scoring leaders with 2,012 points for the Wolves. He established a Yankton College record when he netted 1,606 points as a Greyhound.

* Jerry Buri, Montgomery, Texas (Hazel 1960): After scoring 1,937 points for the Mustangs, Buri was a three-year letterman at South Dakota State University. He helped the Jackrabbits to the 1963 NCAA College Division title.

* Kriss Edwards, Seattle, Wash. (Watertown 1977): Edwards was a talented point guard who led the Arrows to the Class A title in 1976. She went on to set University of Nebraska-Omaha career records for both assists and steals.

* John Lillibridge, Burke (Burke 1958): Lillibridge achieved career totals of 1,984 points and 1,008 rebounds for the Bulldogs. At the University of South Dakota he played basketball and was a record setting discus champion in track.

* Guy Mackner, Sisseton (Sisseton 1965): A stalwart for the Redmen and an all-North Central Conference player for South Dakota State University, the 6-foot-7 Mackner was selected by the Atlanta Hawks in the 1969 NBA Draft.

* Ann Pancoast, Ballwin, Mo. (Sioux Falls Washington 1981): Pancoast and the Warriors were 23-0 and Class A state champions in 1980. She was then all-North Central Conference three years for the University of South Dakota.

Are you familiar with the inspirational story of Jimmy Lovley? As a young man in 1920 he left the small eastern South Dakota town of Elkton. His destination was Omaha where he became a Creighton University basketball immortal.

Lovley was an All-American and the only South Dakotan inducted into the prestigious Helms Foundation Basketball Hall of Fame. His career was legendary and is merely a single thread in the tapestry of basketball history in our state.

The South Dakota High School Basketball Hall of Fame is proud to offer a speaker’s bureau to help you learn more about the state’s rich basketball heritage as well as the creation and evolution of the Hall of Fame.

If you are a member of a civic, church, school or social group that would like to schedule a free presentation contact Executive Director Dave Wagner by email at dlwagner@tnics.com or by telephone at 605-467-3010.