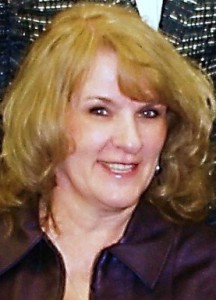 Carol (Freeman) Galbraith is the daughter of Christian and Betty Freeman. When she was growing up in rural South Dakota, the youngest of four children and the only girl, she had only her brothers to play with. When you play with your brothers, you play sports. In sibling play, as many people will attest, there is “no mercy”. As she became a young woman in school, she could always be found at the gym after school, playing a pick-up game of three-on-three with anybody who was around and willing to take a sharp elbow from her. These experiences honed Carol’s skill set as she became a prominent forward for the Canova Eagles from 1975-1978.

Carol started for the Eagles for 107 games. Their record during her tenure was 93 wins, 14 losses. The Eagles worked their way toward some notable distinction during the years Carol played for them. Her team scored 110 points in one game, beating the previous state record of 107. The 110 shots taken that night propelled her team to a national record. The Canova Eagles earned a place at the State “B” basketball tournament all four years during Carol’s play there. During her Senior year at the tournament, Carol was the second leading scorer with 31 points in consolation play. She was the tournament leading rebounder, pulling the ball away from the board 28 times in one game. Carol was selected All Conference all four years of high school. She made the All State Tournament Team two years and All State Team three years.

Carol graduated from Canova with the distinction of being South Dakota’s leading scorer with a total of 1,579 total points. She was also leading rebounder at 1625. She was selected top player in South Dakota by National Coaches Magazine as an NHS-ACA, Converse National High School All American and other All American honors.

After high school graduation, Carol went on to collegiate play on teams that dominated in their conferences and placed third at the NAIA National Tournament.

Carol, still a basketball enthusiast, and her husband, Todd, and their children/grandchildren live in Winner, SD. Carol feels deeply honored to be selected to The South Dakota High School Basketball Hall of Fame.