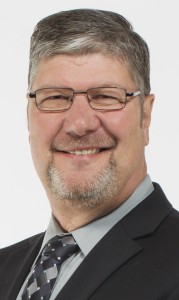 If a shot was taken and missed, when the basketball came off the rim Chuck Iverson believed it belonged to him.

That determination helped make the 6-foot-9 center one of the greatest rebounders in state history. He dominated the backboards as a prep at Vermillion and as a collegian at his hometown University of South Dakota.

But it wasn’t only his ability to rebound that made Iverson a special player. He was also an adept scorer and an intimidating force defensively.

Iverson played for Coach Marion Brink at Vermillion. The Tanagers finished seventh in the Class A state tournament when he was a junior in 1968. The following year as a senior, Iverson was all-state when he averaged 18.8 points and 20 rebounds per game. He was also an outstanding football player for the Tanagers where he was a three-year starter.

Iverson and his wife Karla live in Yankton. Children are Cassie, Kara and Colton. Colton played for the University of Minnesota and Colorado State University.