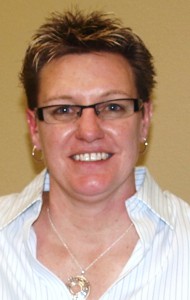 Renee was first team Class B all-state during her sophomore, junior and senior seasons at Castlewood. She led the Warriors to the state championship in 1981when they beat Ipswich 54-45 in the finals.

Playing for Galen Swenson, she sparked Castlewood to an 85-11 record during her career. Renee averaged 20.2 points a game while shooting 53 percent from the field and 78 percent on free throws as a senior. She totaled 1,697 points and 1,013 rebounds as a Warrior and was named South Dakota Miss Basketball after her senior season of 1983. Renee achieved similar success as a collegian while starring at Northern State University for Curt Fredrickson.

A two-time member of the all-Northern Sun Conference team, in 1987 and 1988, Renee helped the Wolves claim a conference championship when they went 11-1 in the league during her senior season in 1988. Renee scored a single-game high of 44 points for the Wolves, who had a 93-26 record during her four seasons. Renee finished her Northern career with 1,638 points and 813 rebounds. She is a member of the NSU Hall of Fame.

Renee lives in Portland, Ore. The South Dakota High School Basketball Hall of Fame is proud to induct Renee as a member of its Class of 2013.