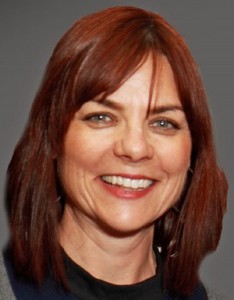 Winning was an established tradition for the Jefferson High School girls basketball program from 1975-85.

Amy (Allard) Carmody was an integral part of the dynasty. She was selected to the all-state team two years and as a senior averaged 24 points per game.

Carmody was a versatile 5-foot-8 standout who was utilized as both a guard and forward. Also one of South Dakota’s premier athletes in track, Carmody was a record-setting multiple state champion for the Hawkettes in the hurdle events. She still holds the Class A state meet record in the 300-meter hurdles.

Creighton University recruited Carmody. There she played for Coach Bruce Rasmussen. Carmody earned four letters and as a senior in 1986, when the Bluejays went 20-8, she scored 12 points per game. Rasmussen called Carmody the best defensive player on his team. The Bluejays compiled a 76-35 overall record during Carmody’s time at Creighton. She started 84 games. During her career Carmody scored 910 points for the Bluejays and passed out 187 assists.

Carmody is an interior design consultant. She and her husband Marty live in Grosse Pointe Park, Mich. Children are Matthew, Emily and Anna.