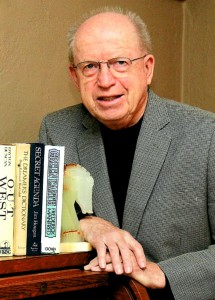 Corona High School and 6-foot-2 senior guard Terry Jordre came up six points short in their quest for a Class B state basketball title in 1957.

But Jordre savored the championship experience plenty during the next four years. He played an important role as Northern State University claimed South Dakota Intercollegiate Conference titles in 1958, 1959, 1960 and 1961.

Cresbard’s 62-57 victory in the “B” championship game ended a decorated Corona career for Jordre, who played for Coach Gunder Kampen and was named to the all-state team. Jordre’s forte was defense. Northern’s veteran coach, Bob Wachs, called Jordre one of the best defenders ever to play for the Wolves.

Tennis provided another avenue for Jordre to excel. After winning the SDIC singles championship three years, he was expected to earn a fourth title as a senior in 1961. But rain cancelled the tournament. Jordre was inducted into the South Dakota Tennis Hall of Fame and is a member of the Northern State University Athletic Hall of Fame.