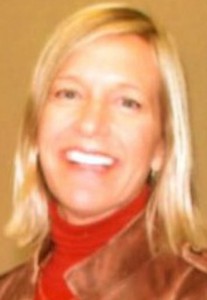 Diane started playing basketball with her brother in the church basement in New York City. Her father, the late Harold Hiemstra was a protestant minister in that church. Harold was also her coach in organized church leagues.
Diane attended an all girls school in NYC and was on there high school team in the sixth grade. She wore a skirt,izod shirts and tie on number vests. Prior to that most of her playing experience was against boys. When her father was called to the Riverview Park Reformed Church in Yankton,SD things began to change.She attended the Greyhound Basketball Camp at Yankton College. Coach Bob Winter of Yankton High School was one of the coaches. This gave her the first opportunity to learn the real fundamentals of the game.

Diane was now a 5’11’ guard and would soon become one of the team leaders for the Yankton Gazelles basketball team. They would win three straight State A Tournaments (1977-1979). Diane was named to All-State and All-Tournament teams as well as high school All-American Team in 1979. She went on to participate in the US Olympic
Trials in both 1980 and 1984. Later attended the University of Oregon and University of Colorado,Boulder on full ride scholarships. She also played one year of professional basketball in Europe.Diane says her greatest achievements as a gazelle were, dedication and team work skills,developing mental toughness and realizing hard work will get you places. Diane will join Lisa Van Goor as the second Gazelle to be inducted into the South Dakota High School Basketball Hall of Fame on March on March 26,2011 in Madison,SD.

Today Diane lives at Santa Barbara,California, with her husband, Christopher Gabriel. They have a son,Cuyler. Diane is busy as a professional (civil engineer) , mom,wife,volunteer, and caregiver to an elderly parent.