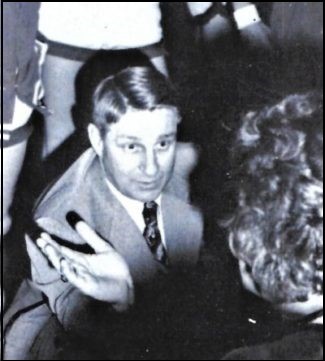 Gordon Fosness graduated from Presho High School in 1953 and went on to make an indelible mark on South Dakota basketball as a player and coach, then later as an advocate. He was a man of faith who served as a spiritual advisor to many. Fosness died Dec. 15, 2020, in Sioux Falls. He was 85. 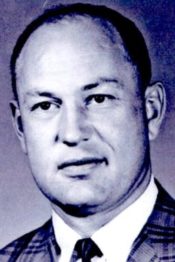 Jim Iverson, among the most celebrated figures in South Dakota basketball history, died Oct. 26, 2020, in Fort Wayne, Ind. He was 90. Iverson was a star player at Platte High School and Kansas State, and a championship coach at South Dakota State. He was a charter member of the South Dakota High School Basketball Hall of Fame. 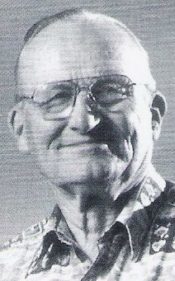 One of South Dakota’s most respected and admired basketball trailblazers, Harold Thune, died Aug. 15, 2020. He had reached the age of 100.

During the early stages of high school athletics in South Dakota, two visionary coaches, one in East River and the other in West River, emerged as examples of how to build and sustain premier programs.

Howard Wood was born in Canada and graduated from Potsdam Normal College (N.Y.). He arrived at Sioux Falls Washington in 1908. Wood coached the Warriors to four state basketball championships and had a career record of 430-141. In football his teams won 17 state titles and went 246-74-16. In track Wood guided SFW to 16 state championships.

Wood spent 39 years at Washington and died in 1949. A prominent Sioux Falls stadium, Howard Wood Field, was named in his memory. Cobb died in 1986. The school he served for 41 years gave him the ultimate compliment when in 1934 it used his surname to change its mascot from the Tigers. Since then Central’s teams have been the Cobblers. 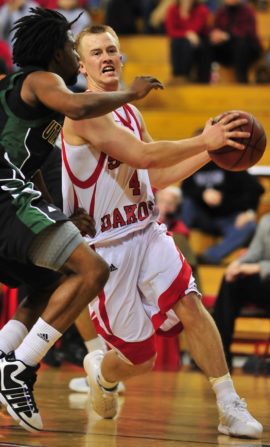 Krogman (pictured at left in a University of South Dakota photo during his college career) concluded his White River prep career in 2008 with 3,521 points. He leads the list of 44 documented boys who have surpassed the 2,000-point plateau in state history. Jill Young (pictured at right) of Mitchell Christian graduated in 2007 with 3,317 points and leads the 31 girls in the state who have reached 2,000. Young later played at South Dakota State University. Click on ‘Records’ at the top of this website to see both complete lists.

The 1980 Freeman Classic produced one of the most iconic games in the history of high school basketball in South Dakota. A crowd of 7,100 had turned out at the Sioux Falls Arena to watch the Armour Packers attempt to extend their state-record boys winning streak in a marquee matchup against the highly regarded Beresford Watchdogs.

The Packers of Coach Burnell Glanzer had won 64 consecutive games, in the process claiming Class B state championships in 1978 and 1979. They had broken the record of 61 straight wins set by Arlington in the 1930s.

Armour was led by a pair of all-state players, 5-foot-11 senior Dan Freidel and 6-2 junior Jeff Tiefenthaler. The Packers were without senior standout Dennis Tiefenthaler, who was sidelined by an injury sustained in football.

Beresford was built around 6-4 junior all-stater Keith Larson and was coached by Jim Sorenson.

Through four quarters the teams battled on even terms. Then with only two seconds left in overtime Beresford senior Brian Rick hit a dramatic 20-foot shot to give the Watchdogs a 47-45 victory. The record streak was over.

From the time it was first chartered in 1917 until it was disbanded in 2000, the South Dakota Intercollegiate Conference for 83 years was an NAIA fixture and an important part of the sports landscape in our state.

The recent 2020 basketball season was especially successful for some former SDIC members as four NCAA Division II regular-season titles were earned. Champions were the Black Hills State University men, the Northern State University men and the University of Sioux Falls men and women. The combined rosters of those teams included 11 players who prepped in South Dakota.

Black Hills State, which compiled an overall record of 20-9, shared the Rocky Mountain Conference championship with Dixie State (Utah). Both were 17-5 in the league. Northern State won the North Division of the Northern Sun Conference. The Wolves fashioned records of 18-4 in the league and 26-6 overall. USF took both titles in the South Division of the Northern Sun. The Cougar men were 17-5 and 22-8 while the women had records of 17-5 and 26-6.

yle and with flair.

The talent of standout players such as Louis Tyon (right) earned the respect of fans across the state. Tyon led the Pine Ridge Thorpes to the Class B state championship in 1962 and then to a runner-up finish in 1963. He was chosen first team all-state both seasons.

The South Dakota High School Basketball Hall of Fame has published its 2020 Spring Newsletter. Among featured stories are several which recognize the many important contributions to South Dakota basketball made through the years by Native Americans.

Our 12th biannual newsletter was mailed free on April 23 to the over 1,200 current subscribers who follow the Hall of Fame from 40 states. We publish both spring and fall editions. To read past issues go to Newsletter Archives on the right-hand side of this website.