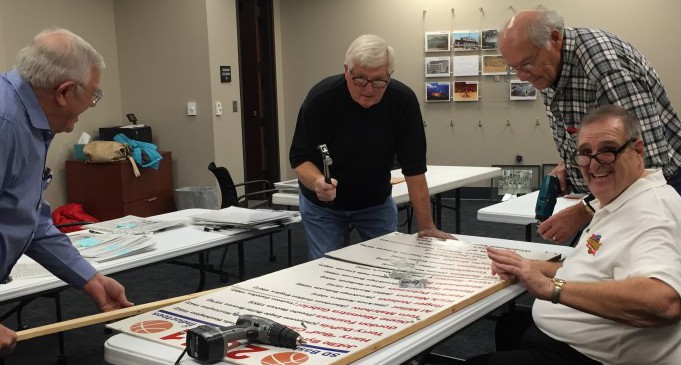 All editions of SoDak Sports are now available for public viewing. They can be seen in the South Dakota High School Basketball Hall of Fame meeting room 2110 at the Sanford Pentagon in Sioux Falls.

SoDak Sports was a weekly newspaper that chronicled all sports statewide. It was published during 1952-54 and was the creation of Al Neuharth, the Alpena High School graduate who later became founder of USA TODAY.

The Hall of Fame is located on the ground floor of the Pentagon. The meeting room is on the second floor, along with additional memorabilia in the corridors. Normal hours at the Pentagon are 8 a.m. to 5 p.m. on Monday through Friday. To arrange a tour of the Hall of Fame or a time to inspect the SoDak Sports collection call (605) 467-3010.